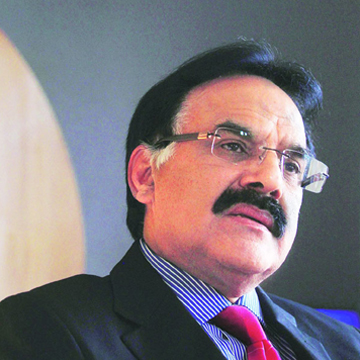 Arvind Mayaram has a PhD in Finance. Presently he is an independent thinker and Chairman, CUTS Institute for Regulation & Competition. He has earlier held the positions of Finance Secretary and Special Secretary in Ministry of Rural Development, Government of India. He has also been the Alternate Governor for India on the Boards of World Bank, ADB and African Development Bank. He was India’s finance deputy in G20 and BRICS. He was also on the Boards of the Reserve Bank of India and the Securities Exchanges Board of India. He was India’s chief negotiator for BRICS New Development

Bank and Asian Infrastructure Development Bank, and co-chair of the Framework Working Group of G-20. He spearheaded the establishment of the framework for mainstreaming Public Private Partnership in India and designed the first PPP module for delivering infrastructure in the rural areas. He was Vice President of the World Association of Investment Promotion Agencies (WAIPA), formed under the aegis of UNCTAD, UNIDO, FIAS and MIGA for two terms in early 2000. He has been an investment promotion expert with the UNCTAD for several years and his expertise in the area of PPPs is internationally acknowledged. 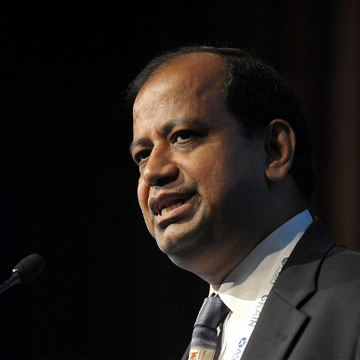 Sanjeev Asthana currently the Chairman of ACCESS Development Services, is a recognized leader in Food & Agriculture sector with over 25 years of experience in India and internationally. He is the Founder and Managing Partner of I-Farm Venture Advisors; Chairman of Agriculture Skill Council of India (ASCI) and National Skills Foundation of India (NSFI), and serves on the Board of Directors of NCDEX Spot Exchange Ltd. Sanjeev serves on the national committees of all leading industry and trade chambers CII, FICCI, ASSOCHAM and PHDCCI. His international affiliations are with IIED UK, Mainumby Bolivia and Columbia University, USA. He regularly speaks at leading conferences in India and overseas viz. Harvard University Boston, World Bank Beijing and Singapore, ADB Manila, European Parliament Brussels, G-20 Consultation Istanbul, IIM Ahmedabad, Lal Bahadur Shastri Academy Mussorie etc. 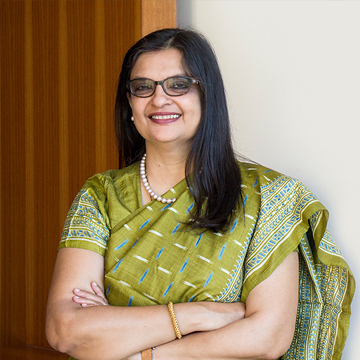 Joy Deshmukh Ranadive has three decades of experience in the area of gender, development and growth. An economist by training, gold medalist at the Masters level and a doctorate in Economics from the University of Mumbai, India, her career spans work as teacher, researcher, trainer, and head of not-for-profit organizations. Prior to TCS she has been Director, Indian School of Microfinance for Women, Ahmedabad and Country Director, International Centre for Research on Women New Delhi. Joy has several books and papers to her credit in the areas of gender, development, microfinance, human rights and CSR. Currently, as Global Head, CSR, Tata Consultancy Services, a leading global IT services, consulting and business solutions organization, which is part of the Tata Group. 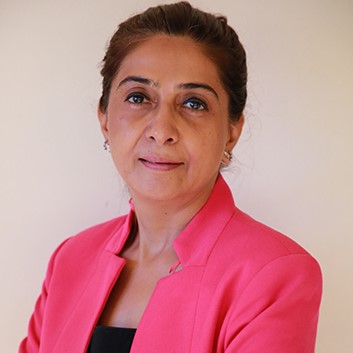 Ruby is a C Suite executive with over 25 + years of experience leading Corporate Affairs and Sustainability agendas in complex environments and sensitive sectors including chemicals and extractive industries. Ruby began her career with teaching child and human development to undergraduate students, before joining “Save the Children, India” a non-profit organization, followed by 3 stints in the corporate world in different capacities – as General Manager, Corporate Communications, at the Aditya Birla Group; VP and Group Head, CSR at Vedanta Resources Plc and with Dow Chemical International Pvt. Ltd, as Director Public & Government Affairs & Crisis & Issues Communication Lead for India, Middle East, Africa & Turkey. She is currently Adjunct Consultant, CSR & Sustainability, The Conference Board. She is also a certified executive coach. 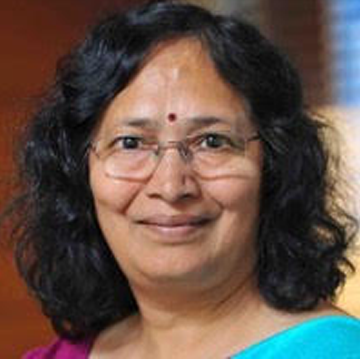 Manju Agarwal has 34 years of banking experience with State Bank of India, country’s largest bank in multiple leadership positions in India and overseas. In her last role at SBI, she was responsible for all digital products and new initiatives in the Bank from conception to implementation to adoption by customers. She conceptualised and launched YONO, SBI’s Digital Bank, Financial Superstore and Online Marketplace (one of its kind in the industry). Manju also led the Government Business, Transaction Banking Business and Issuing & Acquiring Business of the Bank and led the Bank’s foray in Transit and Metro solutions. She ensured aggressive merchant onboarding during and post demonetisation with an impressive growth in Bank’s digital footprints and digital transaction. As Chief General Manager (Rural Business) at SBI, she led the Bank’s Jan Dhan program ensuring opening of 40 million accounts in about 6 month’s time. Currently she is an Independent Director on the Boards of IndiaIdeas.com Limited, Hinduja Leyland Finance, Kisan Rural Finance Ltd and Vistaar Financial Services P Ltd. She is Bank’s nominee Director on Jio Payments Bank Limited. Manju holds a Masters of Arts and Political Science from the University of Allahabad. 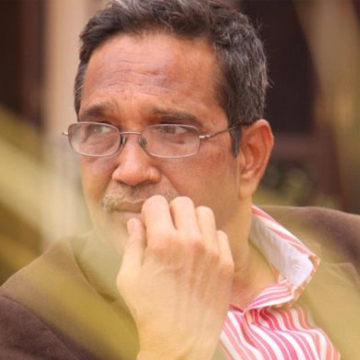 Vipin Sharma is the founding CEO of ACCESS, set up in 2006.Starting his career with the Reserve Bank of India, Vipin has thirty six years of experience in banking, agriculture and rural development, micro enterprise development and microfinance in varied institutions including NABARD, Rural Non- Farm Development Agency (RUDA), Govt of Rajasthan and CARE India. As Executive Director of RUDA, Vipin helped the Govt of Rajasthan to develop strategies for promoting non-farm sector in the state through a sub-sector approach. At CARE,

Vipin was the Programme Director of the Microfinance Unit and a part of the Regional Leadership Team. In the last ten years, Vipin has also helped to setup two specialized affiliates of ACCESS viz. ACCESS-ASSIST to support and advance financial inclusion in India and Ode to Earth to help primary producers sell their products in mainstream markets. Vipin is a member of the Smart Campaign Steering Committee, working on issues relating to client protection. 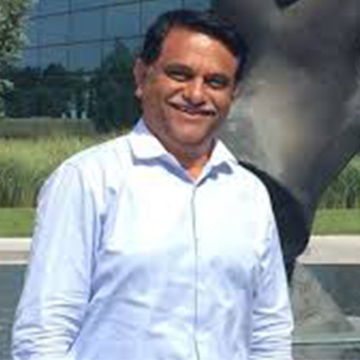 Arvind Kumar is a bureaucrat civil servant in Government of India. He has been in the Indian Administrative Service (IAS) since 1991 and has worked in various capacities at the State level in the erstwhile Andhra Pradesh and now Telangana State for over two decades. He has worked in Government of India from 2009-14 in the Ministry of Finance where as Joint Secretary in Department of Financial Services (DFS), he looked after Insurance and Banking sector, more specifically, insurance & pension reforms, Institutional Finance including housing, MSME, Micro Finance, Agriculture & rural Credit.  Mr. Kumar has been a Government nominated Director on the Boards of NABARD, ICICI Bank Ltd, the New India Assurance Company Limited (NIACL), SIDBI, National Housing Bank (NHB) and IRDA among others during this period.

Mr. Kumar is a graduate in Economics from St. Stephens Delhi and an MBA from IIM Ahmedabad, India. In addition, Mr. Kumar is a Masters in Public Policy (MPP) from Woodrow Wilson School (WWS), Princeton University, USA as Robert McNarama Scholar and has also done a course on Leadership & Globalization from LSE London, UK as a Chevening Scholar.

Vipin Sharma is the founding CEO of ACCESS, set up in 2006.Starting his career with the Reserve Bank of India, Vipin has thirty six years of experience in banking, agriculture and rural development, micro enterprise development and microfinance in varied institutions including NABARD, Rural Non- Farm Development Agency (RUDA), Govt of Rajasthan and CARE India. As Executive Director of RUDA, Vipin helped the Govt of Rajasthan to develop strategies for promoting non-farm sector in the state through a sub-sector approach. At CARE,

Vipin was the Programme Director of the Microfinance Unit and a part of the Regional Leadership Team. In the last ten years, Vipin has also helped to setup two specialized affiliates of ACCESS viz. ACCESS-ASSIST to support and advance financial inclusion in India and Ode to Earth to help primary producers sell their products in mainstream markets. Vipin is a member of the Smart Campaign Steering Committee, working on issues relating to client protection. 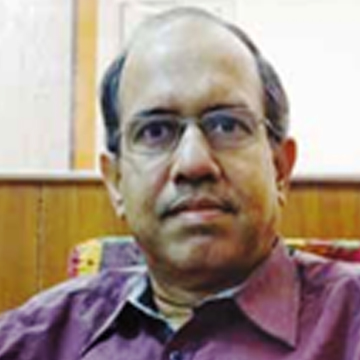 Dr. Ram Narayan Ghatak is a development professional with over two decades of experience. He has worked majorly in areas of agribusiness management, policy advocacy and strategic consulting, regulatory evolution and banking etc. Dr. Ghatak is a Post Graduate Diploma in Rural Management from the Institute of Rural Management, Anand, Gujarat. Before that he did his graduation in Agriculture from Visva-Bharati University, Sriniketan, WB (1985 to 89) and thereafter MSc and PhD in Agricultural Economics from Banaras Hindu University, UP and Sardar Patel University, Gujarat respectively. Dr. Ghatak has worked in close coordination with various Govt. agencies; prominent among them are Ministry of Agriculture and Cooperation, Ministry of Defence, Ministry of Railways etc. He has the experience of dealing with and represented many National level institutions/bodies like Milk and Milk Products Advisory Board (MMPO) and National Productivity Council (NPC) of the Ministry of Agriculture, Govt. of India, National Cooperative Union of India (NCUI), etc. Before joining ACCESS Development Services, he worked as Vice President – Strategy, Rural Services at SREI Sahaj e-Village Ltd., Kolkata and as Head of Business Strategy and Compliance, Rural and Inclusive Banking Group at ICICI Bank, Mumbai. 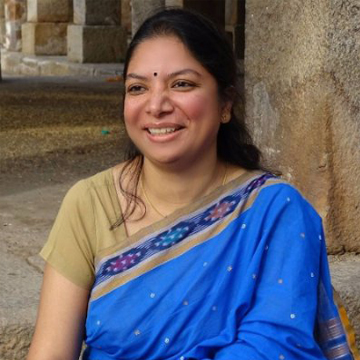 Puja is a rural management professional with over 15 years of expertise spanning project management, social research and knowledge management & policy advocacy. Within ACCESS, Puja leads on the organisation’s flagship initiative besides handling other organizational responsibilities. Prior to ACCESS, she has worked with livelihoods consulting firms like STADD providing expert technical advice on execution and management of complex livelihoods programs. She has also worked on integrated natural resource management programs with the Indo-German Bilateral Project on Watershed Management besides being involved in the preparation of the pioneering “Madhya Pradesh Human Development Report.” Puja holds a Post Graduate Diploma in Forestry Management from the India Institute of Forest Management, Bhopal and B.Sc. in Botany from Miranda House, Delhi University. 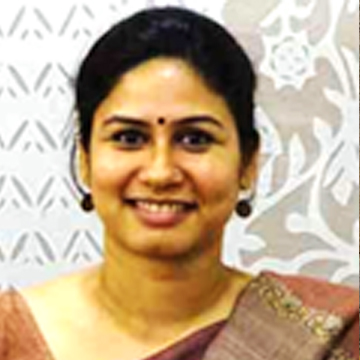 Radhika is the Executive Director of ACCESS-ASSIST and has led the transition of the microfinance portfolio and resources from ACCESS into ASSIST. She specializes in microfinance operations and social performance management, social research, financial education and training and curriculum development. She holds a Post Graduate degree from the Indian Institute of Forest Management. She is an active member on Working Groups of Social Performance Task Force (SPTF) and SMART Client Protection Campaign and also represents ASSIST on the Responsible Finance Forum led by the IFC. She recently co-edited the Microfinance India Social Performance Report 2011. Radhika has in the past been associated with many organizations of repute such as EDA Rural Systems, BASIX, Intellecap and Sambodhi Research and Communications. 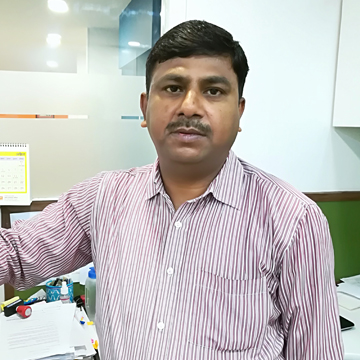 Subir Ghosh leads ACCESS’s financial strategy and operations including grant and contract management. Prior to joining ACCESS, Subir has worked with Oxfam, Hindustan Latex Family Planning Promotion Trust (HLFPPT), Gramin Vikas Trust (GVT) and ABC India Ltd. He has over 18 years of experience of which 16 years have been in the development Sector. Subir specialises in financial planning, fund management, budgeting, donor financial contract management, audits, and taxation, implementation of systems & processes and general administration. He has extensive experience in administering large budgets funded by donors like USAID, European Union, UNICEF, UNDP, Dell Foundation, DFID and CIDA. Subir has completed his CWA (Final Group I) and MBA in Finance. 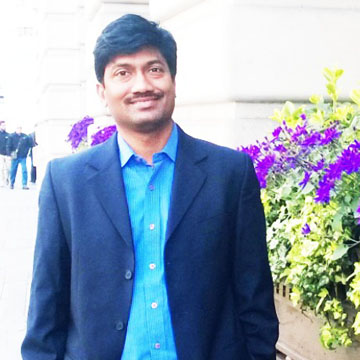 With an MA in Economics and Post-Graduate Diploma in Management of NGOs (PGDMN), Suvendu has more than 14 years of varied experience. He has had the advantage of working on the areas of policy, research and management from the perspective of a private consultancy, the Government and NGOs. Before coming on board at ACCESS, Suvendu was with the CSR wing of Ambuja Cement. He has also worked at MART and the Gujarat State Watershed Management Agency. 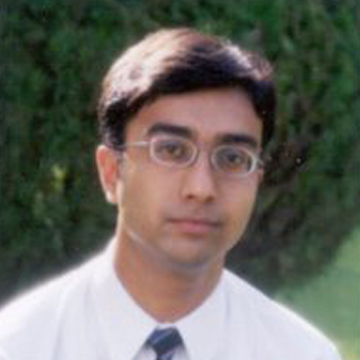 Sudipto Saha has more than 14 years of microfinance, livelihoods and development experience across India and other countries like Bangladesh, Afghanistan and Sri Lanka. He is experienced in monitoring and leading operations team. He has promoted around 15 Farmers Producers Organization (FPOs) in West Bengal and is providing them strategic and operational inputs to make them sustainable and viable.
Prior to joining ACCESS he has worked for EDA/M-CRIL being involved in conducting Impact Assessments of Institutions at the individual, household and community levels. Sudipto has also worked with Sir Ratan Tata Trust being responsible for appraisal, review and monitoring of various livelihoods & microfinance projects across several states in India.